TaylorMade has revealed details of its fourth generation of M series irons. Both the M5 and M6 models feature new Speed Bridge technology, engineered to both further increase distance and enhance sound and feel.

Speed Bridge is a high strength, mass-efficient structural beam spanning across the cavity back of the iron to connect the topline with the back bar of the iron. By connecting these specific points that vibrate at impact, the increased rigidity in the topline and upper perimeter of the face delivers improved sound and feel with increased ball speed. 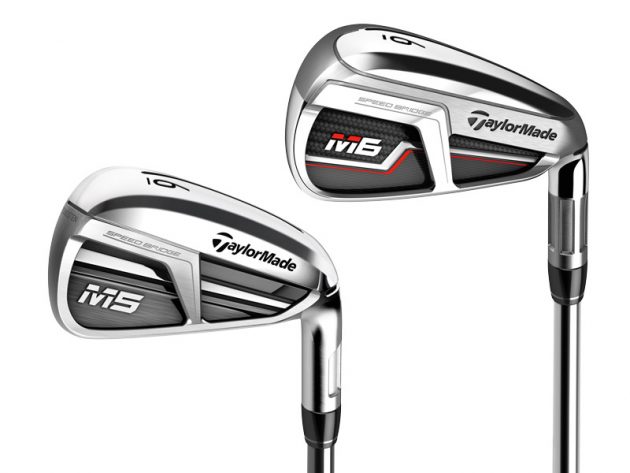 This is assisted by a more flexible thru-slot Speed Pocket, said to enhance face flexibility and generates optimal spin at impact, thus maximising ball speed and carry distance; most specifically low on the clubface — where ball speed protection matters most

The new Speed Bridge allows for thru-slot design of the Speed Pocket in the M5 and M6 game improvement irons. They work together to systematically improve how the iron face performs during impact by shifting the point of maximum deflection lower on the face. This shift in deflection activates the Speed Pocket more efficiently delivering extreme flexibility over a large area of the face generating faster ball speeds than 2018 M3 and M4 irons.

Also in both the M5 and M6 irons is a new Hybrar damping system and multi-material badges to control and minimise vibration for a soft and solid feel. The lower deflection point is aligned with the Hybrar damper allowing it to activate more quickly at impact and dampen unwanted vibrations more efficiently.

The 2019 M6 iron is TaylorMade’s newest and most advanced game improvement iron to date. The M6 irons feature technologies designed to offer players a combination of distance, accuracy and solid feel in a forgiving, confidence-inspiring shape that is easy to hit

An extremely low and deep center of gravity (CG) is achieved through design optimisation and proven technologies such as the Fluted Hosel and 360° Undercut to harvest trapped mass from the highest location in the iron and relocate it low in the head design.

This low CG design produces an efficient energy transfer at impact with a high launching, penetrating ball flight even for mis-hits low on the face