WOBURN – Matthew Fitzpatrick’s first professional victory came sooner than he expected. His next Masters invite might arrive quicker, too.

The 21-year-old Englishman improved his status drastically in many ways. He moved from 36th on the European Tour money list to 12th. He jumped from 111th in the Official World Golf Ranking to 59th, and went to the top of the European Ryder Cup points table.

No wonder Fitzpatrick had trouble coming to grips with his newfound status in the aftermath of his victory.

“This year my goal was to keep my card, and to be honest, I wasn’t sure I was going to be able to do that after the start of my year,” Fitzpatrick said.

Fitzpatrick gained the 11th card at last year’s European Tour Qualifying School. Although the Sheffield native arrived on tour with a glittering amateur career after winning the 2013 U.S. Amateur, the silver medal in the 2013 British Open and played in the 2013 Walker Cup, he struggled early this season. He missed six of his first eight cuts.

However, he went on a good run in the build-up to the British Masters, with three third-place finishes as well as a runner-up in the Omega European Masters.

“It’s definitely come faster than I thought,” Fitzpatrick said. “I honestly didn’t think I was going to win this year, even with the seconds and thirds.”

Fitzpatrick played in the 2014 Masters as an amateur, courtesy of his U.S. Amateur triumph in the previous summer, but he missed the cut. He’s now looking to make his professional debut at Augusta. He needs to get into the world top 50 by the end of the year or by March 28, 2016 to play in the first major of next season.

“It’s something I’ve sort of realized this year is, if you’re in the top 50 … it just opens up so many more doors to events,” Fitzpatrick said. “The money is bigger, ranking is easier to keep and your card is easier to keep.

“My dad used the word ‘self-perpetuating.’ Once you are up there, you can play all these big events. The money is bigger, and the (world-ranking) points are better.”

Fitzpatrick doesn’t overpower a course, but he hits fairways and greens and owns a very good short game. Once he gets inside the world top 50, he might be there for a quite a while. 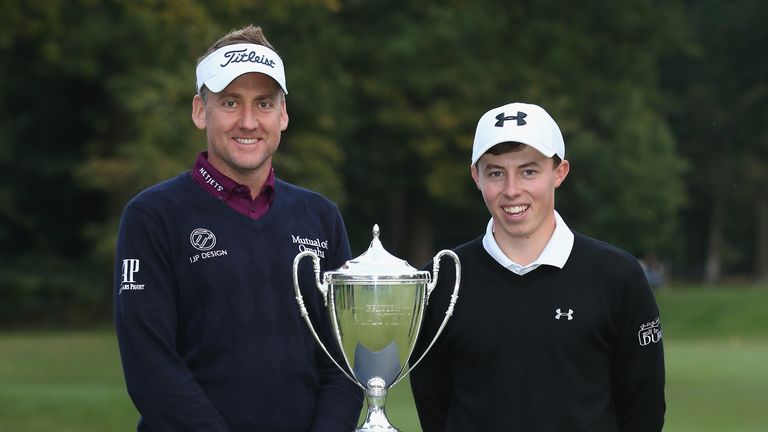